When does life begin?

Broken-hearted over the 63 million Americans exterminated because they were in a poor family, had black skin, or were just generally an inconvenience, many Christians breathed a huge sigh of relief when Roe v. Wade was overturned.  It gave states like our own Arkansas the right to defend those innocent, unborn Americans by making their murders illegal.  However, Satan was not defeated.  Other states continue to push the envelope of so-called “reproductive rights.”

What a misnomer!  That sounds like it would be something to advance the rights of women to bear children.  On the contrary, it demands their ability to not bear the children living in their womb, but instead end the child’s life for any reason at all.  Some Christians defend this as legitimate.  Denying the science – to say nothing of God’s declaration – that a human being in the womb is already a human being.  It doesn’t suddenly become one when it comes out or takes its first breath of air.

Christians who deny the humanity of an unborn child, seem to miss the Satanic origins of this deception that many in the world have embraced.  They have reasoned themselves into accepting Satan’s lie.  Surely, however, they would agree that once born a child has a right to life, regardless of the mother’s (or father’s) choice (“reproductive rights”).  You see, it’s a slippery slope when we fall for one of Satan’s deceptions, we are prone to accept the next one.

I received this from the American Center for Law and Justice tonight, “First it was New York’s live-birth abortion law, and then the former governor of Virginia’s horrific comments about how an ‘infant would be kept comfortable’ on the table while the decision is made whether the child will live or die.  Now it’s a disturbing California bill that intentionally uses the word ‘perinatal,’ which has a drastically different medical meaning than prenatal (before birth), to prevent even an investigation where a living child is allowed to die up to four weeks AFTER birth.”

Christians have long understood our role to stand for the defenseless.  Christians have formed orphanages, rescued babies left to the elements by parents who did not want them, cared for single moms, and done many other things to protect life.  Why would we turn a blind eye when babies are left on a surgical table to die?  Why would we turn a blind eye when they are ripped apart and suctioned out of their mother’s womb?  We must continue to stand and protect the defenseless.  Satan hates humanity, and what better place to destroy life than at its most vulnerable stage before it even has a chance to mature?

We must continue to pray.  Pray that bills like this never become law. Pray that people would see abortion for the travesty it is – far worse than slavery every was in America!  Pray that people, especially Christians, would begin to see children as the blessing from God that they are – not some inconvenience!

Is it loving to endorse sinful lifestyles?

This assumes an incorrect, unbiblical understanding of “loving those people as He called you to do.”  You see part of loving people is warning them of the dangers in which they are because of certain lifestyle choices God knows and warns are destructive.  Just like the author of this has taken time to warn people that they have somehow failed to follow God’s command, so the one who loves people is willing to risk their ire by lovingly warning them about what God actually has said.  The Bible is full of accounts of God’s prophets rejected, beaten, and killed because they loved people enough to warn them of their impending doom!  Jesus, Himself, said, “[the world] hates me because I testify about it that its works are evil” (John 7:7).  So, yes, we can agree with the author and conclude that “God will [in fact] ask you how you loved those people as He called you to do,” but that does not mean you should either ignore, or worse endorse those lifestyles that God warns will lead to their demise.

The underlying danger of this statement:

Actually, religious persecution is when you are persecuted for your beliefs, which often comes when people try to “impose” their beliefs by sharing their faith.  “IMPOSING” is a strong word, used by communists/Marxists to imply that people who attempt to tell others about Jesus are somehow a threat to society/the government and should be punished (persecuted) for that action.   Christians all around the world are, in fact, “prevented from imposing [their] beliefs,” but tell others about Jesus in spite of that fact.  They are very much persecuted (imprisoned, tortured, fined) for this infraction, which is part and parcel of being a follower of Jesus.  This statement is a direct adaptation if not a quote from Marxism which is diametrically opposed to Christianity and the free exercise thereof.  This ideology has crept even into the church.  It may make sharing one’s faith more difficult and costly, but it will not prevent the Gospel message from going forward.  Just ask the church that exists in places where they are expressly prohibited from “imposing” their beliefs.  And don’t worry, this ideology will likely soon overtake our own nation, as more and more people buy into the notion that its ok to have your beliefs as long as you don’t “impose” them on others through even the simple act of telling them.  It starts by silencing those voices in the political realm.

Join us during the week

We meet in homes and in the church building at various times during the week for prayer, Bible study, and other discipleship opportunities.  Please contact us for more information.

Help VBC send the Gospel to children/families in cooperation with Samaritan's Purse's Operation Christmas Child by building a shoebox gift for just $25 including shipping! (https://build-a-shoebox.samaritanspurse.org/view/5ec7a569-f0f0-4aa2-ab36-d621934a2507 ) 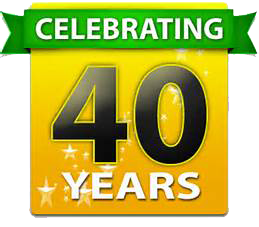 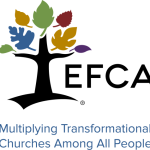